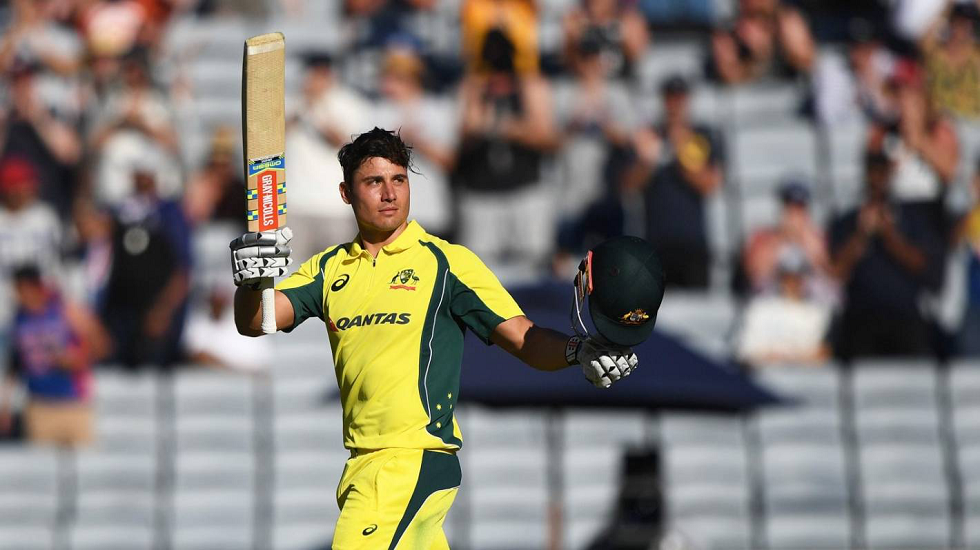 Marcus Stoinis is known for his big hits as primarily a T20-suitable player. He bowls a heavy ball which becomes tough to negotiate in the pitch thanks to Australian pitches that have a notorious bounce! But he is equally remembered for the very unforgettable ODI clash between Australia and New Zealand at Eden Park where Stoinis produced one of the most remarkable individual performances you will ever see to almost single-handedly steal a victory for Australia. The Aussie cricketer has many interesting things about his life that we believe you should check out:

Marcus Stoinis Wanted To Be An Architect:

Did you know that the cricketer wanted to be an architect? A young Marcus Stoinis did not actually dream of playing cricket for his country, but lucky for us, he chose the right profession!

Records Are Made To Be Broken:

Amongst his many accolades, Stoinis’ performance against New Zealand was truly one for the ages. The Australian cricket team has produced many excellent all-rounders over the years, but Stoinis is the only Australian to have scored a century and take a minimum of three wickets in an ODI game.

Stoinis has represented Australia in ODI and Twenty20 cricket, but he first wore the green and gold of Australia when he represented Australia at the 2009 Hong Kong Sixes. The Hong Kong Sixes is the cricket (and far less popular) equivalent of the Hong Kong Rugby Union Sevens and is one of the few cricketing events that have not been dominated by Australia. Stoinis was joined in the Australian team by Glenn Maxwell and Josh Hazlewood, but they failed to win a game in the pool stages – they were even beaten by cricket powerhouses Hong Kong.

Stoinis made his international debut in a T20I against England cricket team on 31 August 2015 at Cardiff. The home side posted 182/5 on the board in their 20 overs. Stoinis bowled just one over that yielded 13 runs. The Aussies faltered in the run-chase and fell just 5 runs short of the target. The debutant was unbeaten on 10 off 8 balls.

Just 11 days after he made his ODI debut against the same opposition at Leeds on 11 September 2015. Australia batted first and got to 299/7 in their 50 overs leaving England to chase a ‘not so tough’ target of 300 runs. Stoinis scored 4 runs off 5 balls. However, skipper Eoin Morgan (92) led England to a victory by 3 wickets with 10 balls to spare.

He was announced in the centrally contracted players by Cricket Australia in April 2018. He was named in Australia’s Test squad against Sri Lanka cricket team but could not make his debut.

Stoinis has been getting in and out of the limited-overs squads which has also not helped in him getting a Test spot. He played close to 60 international games in the next 4 years, but was selected to play for the ‘Men in Yellow’ in the ICC Cricket World Cup 2019.

He played 8 matches in the tournament, earning just 87 runs and picked 7 wickets. He was in the XI for the semi-finals against the eventual champions and home side, England.

Marcus Stoinis made a name for himself after representing Australia at the U19 World Cup in 2008 following his stints with the Western Australia U17 and U19 teams.  He made a List A debut for the senior Western Australia side in 2009 in the Ford Ranger Cup and he also made his Sheffield Shield debut, both against Queensland.

He played a few matches for his side in the season but was not a surety in the XI. He also played for his club called Scarborough in the Western Australia Grade Cricket competition. He also played in the Victorian Premier Cricket tournament for the Northcote club and scored a huge amount of runs.

Marcus Stoinis left for England to play in the Northampton Premier League in the 2012 English season. Here he made a name taking a hattrick in the competition. He was then selected to play for Kent in the Second XI Championship.

Stoinis played a brilliant innings of 170 against another Australian team called the Tasmania cricket team that made the selectors play him in the top order for Victoria.

He continued his purple patch in the following season and capped off the 2014/15 Sheffield Shield season as the highest run-getter in the tournament for the Victorian side. He scored 785 runs at an average of 49.06.

He earned his national call-up because of his performances at the domestic level in Australia and England.

He Didn’t Get Into Western Australia:

When Western Australia dropped him, Stoinis did not play first-class cricket for almost four years, but it was precisely during this period that he developed as a cricketer.

He played club cricket for Northcote in the Victorian Premier Cricket competition and went to England to play for Peterborough Town Cricket Club in the Northampton Premier League in 2012, where he dominated the competition. The Perth Scorchers gave him a chance shortly afterward and he eventually scored a contract with Victoria.

Marcus Stoinis Has Hit Six Sixes In An Over

Marcus Stoinis has shown off his big-hitting abilities but the  most recent ODI was not the first time!  The Aussie cricketer was playing for the National Performance Squad in a 50-over game against the National Indigenous Squad at Allan Border Field in 2015 when he hit Brendan Smith for his six sixes in a single over.

In 2015, the Delhi Daredevils (now known as Delhi Capitals) became his first IPL franchise as they bought him in the auction. To his disappointment, he did not get to play a single game in the tournament.

Later on, he earned a big cheque in the IPL in 2016, when he was bought for INR 5.5 million by the Kings XI Punjab. He scored 146 runs for them in 7 games including a half-century. He also contributed with the ball taking 8 wickets in 7 innings.

A 23-year-old Marcus Stoinis was picked up by the Perth Scorchers for the Big Bash League 2012/13. He played just 3 matches in the season. He could manage only 10 runs in 2 innings and did not get a chance to bowl at all.

The year after the IPL, he bounced back with a good season with the Stars in BBL 2015/16. He played 10 matches and scored 169 runs. He also scored a half-century. He also played a major role in the bowling department. He was their third-highest wicket-taker in the season with 9 wickets to his name.

In BBL 2016/17, Stoinis once again could not grab eyeballs as he scored only 76 runs in 7 matches and picked 3 wickets.

Daniel Joseph Ricciardo is the Italian-Australian racing driver who is currently competing in Formula One, for Renault. These two are mates united under the Australian flag.

Stoinis was originally given the fairly uninspiring nickname Stonia when he first started his career with Western Australia, but Victoria has improved on that effort substantially and now calls him Oil.  The tan lover believes it is due to the fact that he presumably looks like an oil painting – his words – but it seems to have more to do with the fact that he has been caught using tanning oil by his teammates. But if cricket is a sport played under the sun, do you really even need to tan?

Coolest Hair On The Block:

An everlasting image like the mullet that Steve Irwin had, another Aussie had a career defining moment. Marcus Stoinis’s hair was known to have replaced Shane Watson for the title of the trendiest haircut in Australian cricket.