IND vs AUS: India Wins the 4th Test at Gabba To Win Series and The Border-Gavaskar Trophy 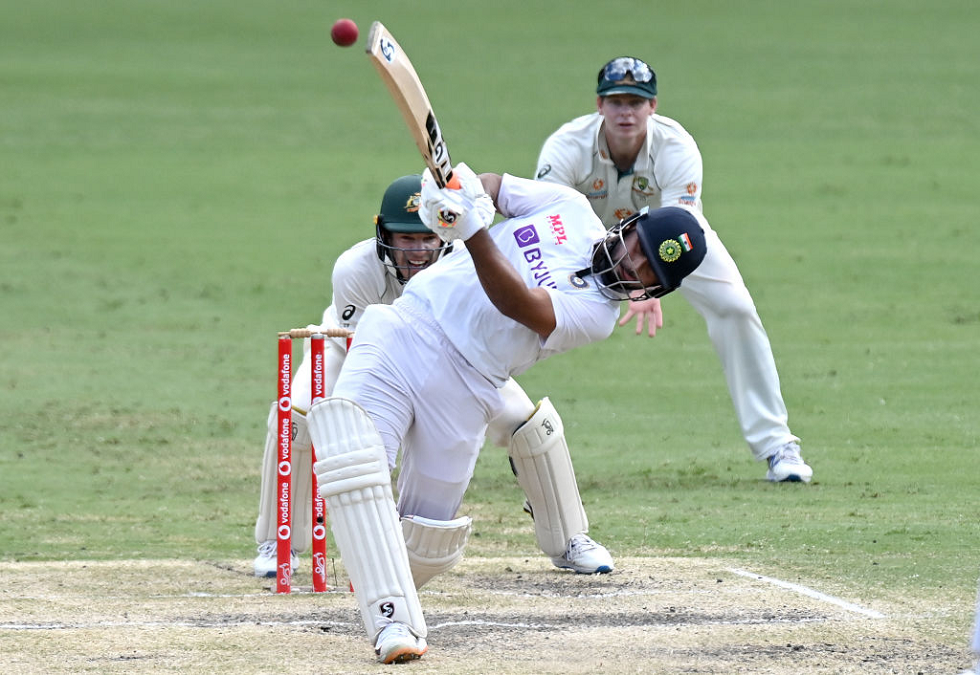 It was a glorious day for Indian cricket in Brisbane on January 19th, 2021. A haphazardly put together squad, missing key members from the squad, including stars like Virat Kohli breached through “Fortress Gabba” and led India to a second straight series win in Australia. Two years ago, Australia was without Steve Smith and David Warner. Because of that, there were asterisks associated with that series win. However, this time, a depleted Indian squad went up against a full strength Australian squad and emerged victorious. Perhaps it was the brazen confidence and fearlessness of youth that helped the Indian cricket team pull off a miracle series win. Many “experts” had predicted a 4-0 whitewash and after the damp squib of a performance in the first test, chances of that happening seemed more likely. However, what happened at the end of the 4th test will go down in history books as one of the highlights of Indian cricket. Rishabh Pant led India with an unbeaten knock of 89 as India chased 329 runs down with three overs and three wickets to spare. As a reward for this remarkable performance, the BCCI announced a 5 crore reward package for the team. The Indian team was bitten by a ridiculously serious injury bug throughout. However, there is a silver lining to the black clouds of injuries (aside from the series win of course). The Indian team is coming back home with two new Test ready fast bowlers, a young spin-all-rounder having the ability to perform under pressure in the game’s most difficult format. Unlike Karun Nair, who was dropped after scoring a triple century in his third test, the BCCI should ensure that Rishabh Pant, Mohammed Siraj, Shardul Thakur and Washington Sundar aren’t condemned to irrelevance after the series.

IND vs AUS 4th Test: What Are People Saying?

We are all overjoyed at the success of the Indian Cricket Team in Australia. Their remarkable energy and passion was visible throughout. So was their stellar intent, remarkable grit and determination. Congratulations to the team! Best wishes for your future endeavours. – Narendra Modi

EVERY SESSION WE DISCOVERED A NEW HERO.

Every time we got hit, we stayed put & stood taller. We pushed boundaries of belief to play fearless but not careless cricket. Injuries & uncertainties were countered with poise & confidence. One of the greatest series wins!

WHAT A WIN!!! Yessssss. To everyone who doubted us after Adelaide, stand up and take notice. Exemplary performance but the grit and determination was the standout for us the whole way. Well done to all the boys and the management. – Virat Kohli

It really means a lot to us. Proud of the boys for showing the attitude and character. Really don’t know how to describe this win.  The conversation between Pujara and me was that he would bat normal, and I would take it on. Credit to Pujara, the way he handled the pressure was magnificent. Rishabh and Washington were very good at the end. Taking 20 wickets was the key, so we opted for 5 bowlers. We just wanted to show good attitude and character after Adelaide. We didn’t talk much about that. Siraj played two Tests, Saini just one, so it was inexperienced but the character shown by the bowlers and everyone else was incredible. – Ajinkya Rahane

Disappointed. We were outplayed by a tough and disciplined Indian side. What has done is done, we look forward now to big series against South Africa. We have areas to improve, no doubt about that. I think we got what we wanted in the end, to be honest. They were hit everywhere on the body but they kept soldiering on. You got to try and get it right sometimes you do, sometimes you don’t. Our bowlers gave our best.  – Tim Paine

It was my dad’s dream that I should play for India, that the whole country will watch his son play. How I wish he was here today with me, he would have been very happy. It is thanks to his blessings that I could take five wickets today. I am speechless, I am unable to speak about my performance. – Mohammed Siraj

Australia gave it everything in the session, but they must be saying ” Gill hai ki Maanta Nahi”.

Great start to the day for India, two more of such sessions and we retain the Border Gavaskar Trophy for the 3rd time in succession. – Virender Sehwag

Historic series win for Team India! Youngsters delivered when it mattered, with Gilll and Pant in the forefront. Hats off to Ravi Shastri and the support staff for their part in this turnaround! So so proud of this bunch, this is one for the ages. – VVS Laxman

Just a remarkable win…To go to Australia and win a test series in this way ..will be remembered in the history of indian cricket forever ..Bcci announces a 5 cr bonus for the team ..The value of this win is beyond any number ..well done to every member of the touring party. – Sourav Ganguly

Another great milestone by my brother @RishabhPant17 achieving 1000 Test Runs at Gabba, what a beautiful sight it has been watching you play today for our country, keep going! – Suresh Raina

Test cricket’s heart is beating strongly! That was an extraordinary win @BCCI & a fantastic series to watch. Aussies not lost at The Gabba since 1988. Wow. – Stuart Broad

Congrats to the Indian cricket team @BCCI That’s one of the best series wins I can ever remember on Aust soil & to do it after being bowled out for 36, plus a depleted squad-shows tremendous character, resilience, courage & belief. Just fantastic. – Shane Warne