IND vs AUS: 5 Key Moments That Turned a Draw Into An Indian Victory 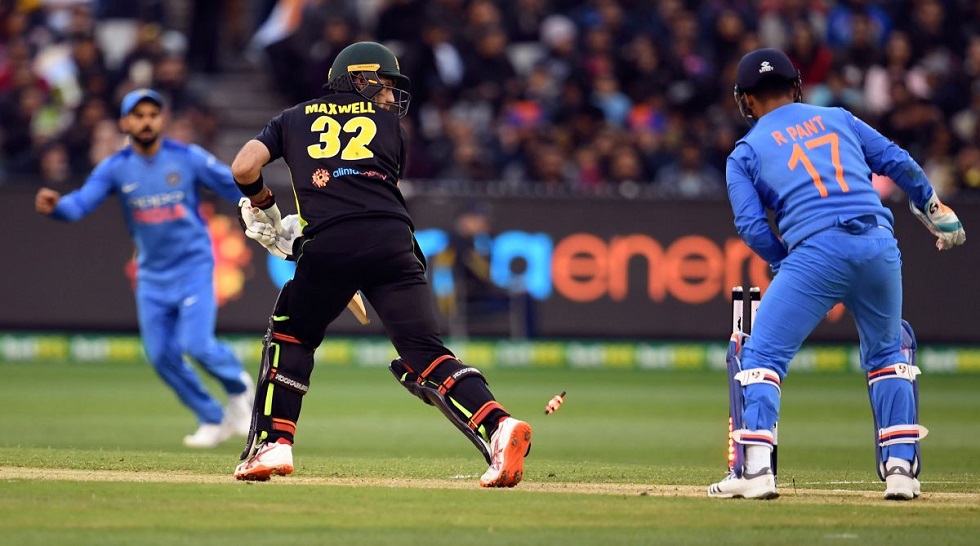 Brisbane was expected to have some fickle weather and the cracked day 5 pitch pointed towards the fourth and final test match of India’s tour of Australia ending in India’s defeat or a draw at best. Scoring 324 runs in 98 overs on a deteriorating pitch seemed to be an extremely unlikely task. Retaining wickets to even survive with a draw seemed unlikely. However, India seized the momentum at crucial junctures to pull off an improbable win on an emotionally-charged, roller-coaster day. These moments of the match ended up being pivotal towards India’s victory. Let’s check them out.

Rohit Sharma departed for 7, but Gill and a defiant Cheteshwar Pujara managed to steer India’s innings to lunch at 83/1. 30 minutes after lunch, Gill had to survive a barrage of Mitchell Starc bouncers. However, Gill did much more than that, he thrived. He hit a delectable upper-cut, a brace of pull shots and another uppercut, before dispatching him for a six with another disdainful pull. Mitchell Starc ended up giving 20 runs in an over, something which is very expensive in a T20I game as well.

When India lost skipper Ajinkya Rahane, wicketkeeper batsman Rishabh Pant walked in to bat. He promoted himself in the order ahead of Mayank Agarwal. It made fans a little excited. Nobody had forgotten his whirlwind 97 on Day 5 at Sydney. He made a cautious start, scoring 16 off 40 balls. He was completely beaten on a Nathan Lyon delivery but Australian keeper Tim Paine missed an easy stumping. With 135 runs still to chase, that was just the stroke of luck that India needed.

Pant danced down the pitch and blitzed Lyon over the long-on fence for a six. He cut Starc for a fabulous boundary in the next over as well. Pujara waltzed to his fifty with a boundary against Marnus Labuschagne as India started taking control of the match.

The Tamil Nadu all rounder came up big for India at the end. India needed 49 runs to win from 42 balls. Sundar, who finished with 22 off 29 balls, hooked Cummins for a six over the square leg fence. Pant also held up his end and smashed Lyon for consecutive fours, a scoop and a sweep respectively. In the midst of all that, India raced past 300 runs.

The unbeaten Pant looked to be in imperious form and was playing with supreme confidence. With India needing 10 runs for a historic win, Pant pulled Hazlewood for a boundary past fine leg. In the day’s penultimate over, Pant drove Hazlewood to the long-off boundary as India earned a historic and memorable win at Gabba. The invincible fortress of Australian cricket had finally been breached and India ended up winning the series 2-1 after suffering a dreadful defeat in the first match. This miraculous series win is bound to have a lasting impact on international test cricket and the young Indian team is going to be immortalized in the pages of history forever.

What did former Australia skipper Ricky Ponting say about the 4th test?

This is what Ricky Ponting, who led one of the most dominant Australian cricket teams ever, said:

“I don’t think they were aggressive enough, didn’t bowl enough short balls. They let the Indian batsmen be way too comfortable at the crease. They almost bowled the way those batsmen would have wanted them to bowl. It wasn’t until we saw a bit of a barrage from (Mitchell) Starc and even when Shardul got out (bowled by Pat Cummins), it was no surprise it was a ball after a bouncer. I don’t think the Aussies were anywhere near aggressive enough.”

Ponting also lamented the flat Gabba wicket not helping out the Australian pace trio. He said: “It’s been a bit of a struggle for them (Australian fast bowlers), the wicket’s been flat, there hasn’t been any sideways movement and certainly no swing. And with India we see that they just keep fighting. They’ve been up for the battle and the contest right the way through this series so far. Especially after Adelaide, they’ve been able to produce what they’ve needed to in big moments from there on in.”

Speaking on the batting performance of India, Ponting added: “The batsmanship has been a real standout and their application and concentration. They didn’t throw it away. The partnership was outstanding, exactly what India needed at the time which is what they’ve been able to produce in a few Test matches, Shardul at the end went for a shot that probably wasn’t quite on but before that there wasn’t many false shots at all played by either of them.”

What did Justin Langer say about the improbable Indian victory?

Speaking to Channel 7, Justin Langer said: “It was an incredible Test series and in the end there is always a winner or a loser. Today Test cricket is the winner. It’s gonna hurt us big time. India deserved full credit. They have been outstanding but we have learnt lessons from it. First, you can never take anything for granted, second never ever, ever underestimate the Indians. There are 1.5 billions Indians and if you play in that first eleven you got to be really tough, don’t you?”

Speaking on the Indian team’s resilience, Langer said: “I can’t compliment India enough. They haven’t gone away after that first Test match which we won in three days, bowled them out for 30 odd. For them to fight back like they did is amazing, credit to them. The big lesson for us is that you can’t take anything for granted. India never got away,”

“It was an amazing effort. (Rishabh) Pant’s innings somewhat reminded me of Ben Stokes’ innings in Headingley actually. He came in, he was almost fearless and he will be lauded because of it. It was an unbelievable innings.”

He was also singing praises for Shubman Gill’s heroic innings:

“I thought young (Shubman) Gill (91) batted very well. Their young bowling attack kept us under pressure throughout the match and as I said India deserve full credit.”

Langer also went on to commend Australia’s pacers for their efforts throughout the series: “from our point of view, we had the same four bowlers (Pat Cummins, Josh Hazlewood, Nathan Lyon and Mitchell Starc) who have gone hard, they have stood up and they have worked so hard but unfortunately we didn’t get over the line today. I am proud of the way those four guys fought so hard,”