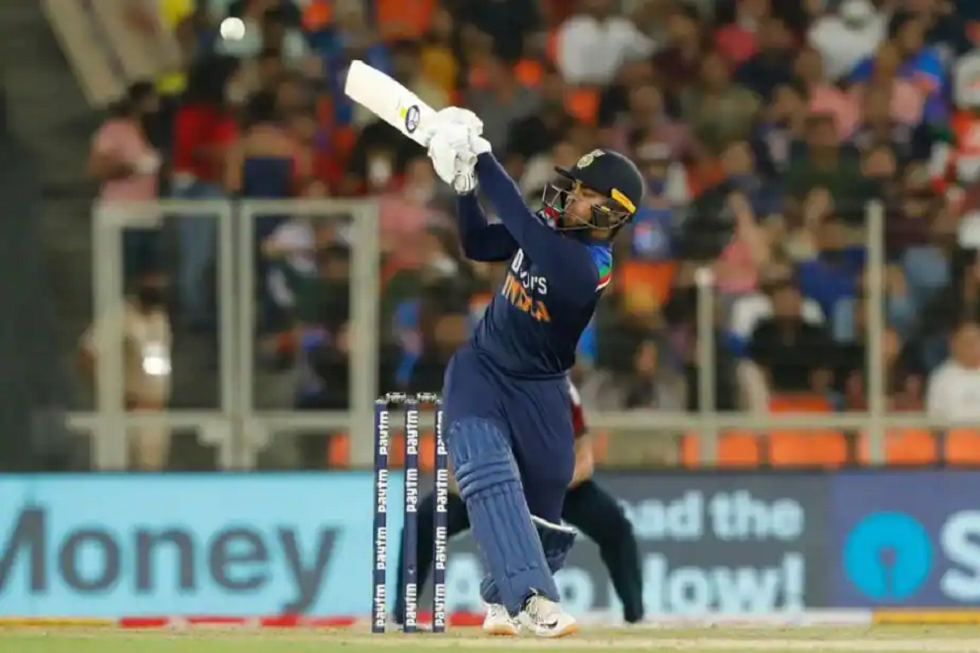 Mumbai Indians stalwart Ishan Kishan made a sensational T20I debut for team India in the second match of the five match T20I series against the visitors England in Ahmedabad. The swashbuckling left handed batsman became the first Indian batsman in 10 years to score a half century on his T20I debut. Kishan, who is a major star for the defending IPL champions Mumbai Indians squad, set the fantastic Narendra Modi Stadium ablaze with his power hitting. It was perhaps perfect that he had the perfect batsman to mentor him on the other hand, Indian skipper Virat Kohli. Ishan Kishan was extremely impressed by Kohli’s energy and enthusiasm displayed by Kohli during his innings. Speaking about his captain, Kishan said: “Initially, it was difficult to match his levels. The energy he shows after a boundary or a double, I have never experienced before. But I understood at this level what sort of body language one needs to have. These sort of things I learnt from him. Seniors like Virat bhai, Hardik bhai advised me to enjoy my game. For any youngster, it is a proud moment to represent your country. I was very happy to get this opportunity and the belief shown in me.”

Earlier in the match, the Indian bowlers put up a good display and restricted a formidable English batting lineup to a manageable total of 164/6. Shardul Thakur and Washington Sundar picked up two wickets apiece while Yuzvendra Chahal and Bhuvneshwar Kumar also managed to take one wicket each.

Ishan Kishan and KL Rahul walked on to the pitch for India after that. The chase got off to a disastrous start as KL Rahul was gone in the first over for a duck. Indian captain Virat Kohli walked on the crease to join Ishan Kishan and added a quickfire 94 runs off 56 bills for a blistering second wicket partnership that all but won the match for India. Ishan Kishan was dismissed by Adil Rashid after scoring a masterful 56 runs off 32 balls. The Indian skipper continued to torment the English bowlers and finished with an unbeaten 73 for the game. He closed the chase in style with a six over fine leg to level the series 1-1 for India with 13 balls to spare.

Quite a good game for us. I think we ticked all the boxes we wanted to. Especially in the first innings with the ball. To give away only 34 in the last five, very smart bowling. Especially Washy, he had only one left-hander to bowl to and he used the big boundary to the right-handers better.

Special mention to Ishan. Quality innings on debut. When you play in the IPL with such dominance like he has, against quality bowlers. We’ve seen him hit international fast bowlers of big sixes. He knew he was hitting the ball well but he was calculated, not reckless. Today that counter-attacking innings of his and our partnership was something the team needed. I had to shift the focus back to the basics. Probably thinking of too many variables on the outside. I’ve always taken pride in doing the job for the team, so more happy about that than scoring 70 odd. Anushka is here so she also keeps speaking to me about this. And I had a special chat with AB de Villiers before this game and he told me just to watch the ball. So I did!

Credit to Hardik that he’s bowling at least 3 overs for us in every game. And the next six to eight months period he’s promised he’s going to commit everything to being the allrounder the team needs in all three formats. England showed how good they are in the first match, so you have to be professional and finish the job properly.

I think at the halfway stage we were in and around par. We were in the game but I thought we would have to bowl well to get over the line. I thought India bowled well.  I’m glad we played on this kind of wicket tonight, but disappointed with the way we played. Great to see Jason Roy in form, when he plays like that, he’s intimidating at the crease. You’re always going to miss Mark Wood, he feels better today so hopefully he’ll be fit for the next game. If not, the fourth game. The next game is on a red-soil pitch, so probably going to turn, but we welcome these challenges.

What did other cricketers say about Ishan Kishan’s debut?

After a dream debut where he became only the second Indian batsman to score a half century on his T20I debut, Ishan Kishan was showered with praise by numerous cricketers. Virender Sehwag took to Twitter to praise the young wicketkeeper-batsman who happens to play for Jharkhand at the domestic level. He also found a lot of similarities between Kishan and the legendary Mahendra Singh Dhoni. The Indian legend announced himself at the international stage when he got a chance to bat up the order and similarly Kishan got a chance to open the innings and he took the opportunity with both hands. Here’s what a lot of cricketers had to say about Kishan’s debut:

Virender Sehwag: “A young keeper batsman from Jharkhand promoted up the batting order and proved his caliber. This has happened before. Loved the fearlessness and attacking batting of Ishan Kishan.”

Yuvraj Singh: “What a dream debut for @ishankishan51 absolutely fearless about his game ! That’s the beauty of playing ipl at a young age you just used to the atmosphere and you go and express your self ! !! And skipper is back with some class of his own !!@imVkohli #ENGvIND t20”

Michael Vaughn: “Told you all the @mipaltan were better than India … What a debut @ishankishan51 !!”