IND vs AUS: India Beat Australia in the 2nd T20I and Clinch Series 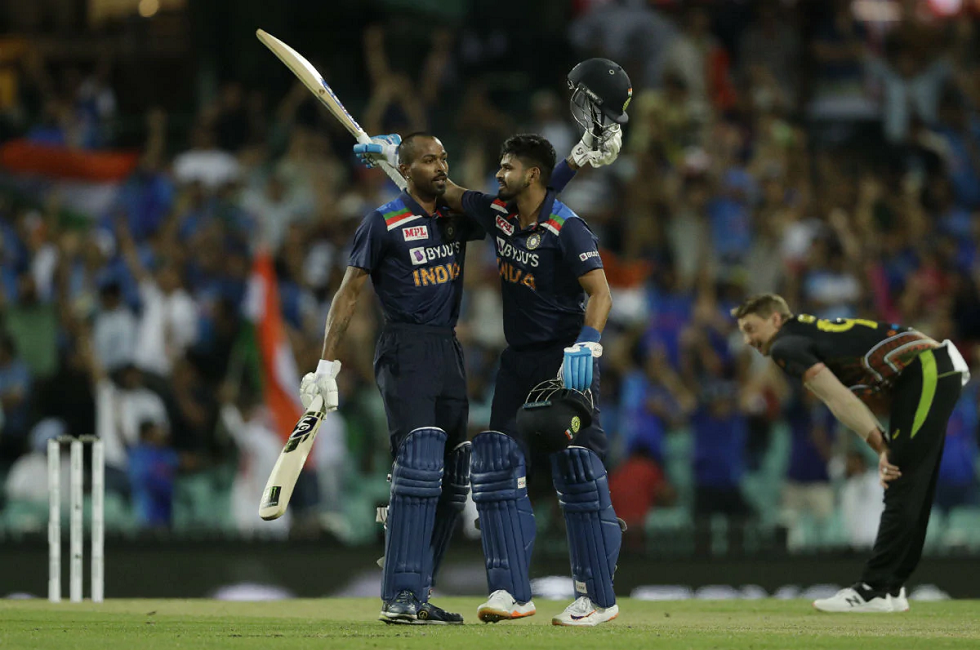 After dreadful performances in the test matches and the ODI series, India bounced back with a bang against Australia in the T20I format and took an unassailable 2-0 lead in the series. The victory was clinched in a glorious way by all rounder Hardik Pandya with a six. Heading into the final over, India needed 14 runs in 6 balls to win the match and close the series out. Pandya smashed two sixes as India won with two balls to spare. Earlier during a cool Sydney evening, India won the toss and elected to field. Australia put on a great show with the bat and set up a mammoth 194 total. The Aussies were led by their skipper Matthew Wade as he smashed his second T20I half-century. Wade was helped by Steve Smith (46), Glenn Maxwell (22) and Moises Henriques (26) as Australia stomped to a massive total. The Indian bowlers had a tough day in the field, giving up 194 runs and getting only five wickets. T Natarajan grabbed two wickets in a generally listless bowling display by the Men in Blue.

Batting second, India lost KL Rahul pretty quickly but skipper Virat Kohli came in and anchored the chase with Shikhar Dhawan. Dhawan slammed 52 runs from 36 balls, and Kohli smashed 40 from 24 deliveries. The chase was concluded by Hardik Pandya and Shreyas Iyer who stayed unbeaten till the end. Mitchell Swepson put in the best bowling figures for the home side, grabbing a wicket from four overs, and conceding just 25 runs. Here’s what Man of the Match Hardik Pandya had to say about this glorious victory and his contribution to it:

“It’s very simple. I like to look at the scoreboard and play so that I know which bowlers to target. I have been in these situations many times and I learnt from my mistakes in the past. My game is always around the confidence which I carry, it has that fine line where I back myself and not become overconfident. I always remember all those times when we chased big totals and it helps. They were batting really well and we wanted to be positive and special mention to Natarajan as well. I thought he should be the Man of the Match, because the bowlers struggled here and he had a really good game.”

Indian skipper Virat Kohli was also very pleased with the result, especially after the disappointing performances so far in the tour. Here’s what he said:

“We played really well as a team in T20 cricket. The fact that two of our established players are not playing and to win like this, makes me very proud of this team. Everyone has played 14 games recently (in the IPL) and they know their plans. Natarajan was outstanding and Shardul was good today. Hardik finishing off the game and Shikhar getting that fifty, it’s a whole team effort. The reason for him to come into our team in 2016 was pure ability, he now realizes that this is the time to establish in that role and play match-winning knocks for us. He plays with all his heart and he certainly got that competitive nature about him and also has the skill to execute that at the highest level. That’s (next game) gonna be very exciting. In the tough moments, when so many people are backing you, the next game is going to be exciting. It was a bit of a funny moment, I will send AB a text tonight and see how he’ll respond.”

A dejected Australian skipper Matthew Wade had this to say:

“It was good fun. A lot more fun till Hardik came out. May be a little bit short with the bat. Unfortunately we didn’t execute well towards the end with the ball. When you get a start like that you want to push but I was disappointed with the way I got out and the timing of my wicket as well. Zampa has been outstanding for the last few years. We just couldn’t execute it well in the end.”

The third T20I will also be held at the Sydney Cricket Ground on December 8th. The result of the match will have no bearing on the series but Australia would like to salvage some honour in the series by avoiding a whitewash.

ICYMI, here are the match highlights: 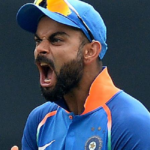