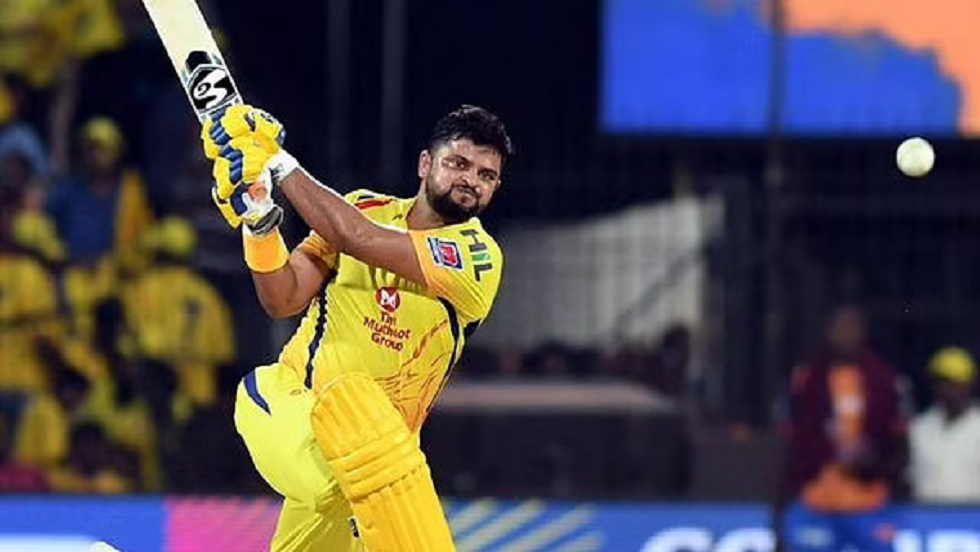 Suresh Raina, who recently retired from international cricket, has joined the exclusive ranks of MS Dhoni, Virat Kohli and Rohit Sharma in the Rs 100 crore club. The Chennai Super Kings’ Chinna Thala will make a triumphant return to Chepauk Stadium for the 2021 edition of the Indian Premier League 2021 after leaving the IPL 2020 UAE bubble abruptly. By retaining Suresh Raina, the Chennai Super Kings have sent him to the exclusive club of players who have earned more than 100 crores in salary. He is only the fourth Indian after Mahendra Singh Dhoni, Rohit Sharma and Virat Kohli to enter the 100 Crore club.

The 34-year-old left the IPL’s bio-secure bubble in the UAE in August. CSK chose to terminate his contract after that. He also announced his retirement from international cricket last year. However, the glitz, glamour and immense wealth of IPL was too much for him to walk away from. He is expected to draw at least 11 crores as his salary this season. It was supposed to be his salary last season also. But he left the bubble abruptly and CSK paid him 10% of his salary, or Rs 1.1 crores. Suresh Raina recently returned to top flight cricket action in the Syed Mushtaq Ali T20s. He scored one half-century in five matches.

Who are the other members of the 100 Crore Club in the IPL?

MS Dhoni has earned the most money as a player in IPL history. Captain Cool has earned a staggering 137.8 crores in IPL salaries over a 13 year career. MS Dhoni played for the Chennai Super Kings for 11 straight seasons. He played for the Rising Pune Super Giants for two seasons after Chennai Super Kings and Rajasthan Royals were banned from the IPL for two years because of illegal betting activity. For the 2020 IPL season, MS Dhoni was retained by CSK for Rs 15 Crores. It was a 150% hike from his first season salary of Rs 6 crores.

Mumbai Indians’ fiery hitman Rohit Sharma is the 2nd highest earning IPL player. The Hitman has taken home a staggering rs 131.6 Crores in salary over a 13 year IPL career. He started his IPL career with the Deccan Chargers and moved to the Reliance Group owned Mumbai Indians in 2011. The swashbuckling batsman also took over captaincy duties a couple of games into the 2013 season and led MI to their maiden IPL title. The victorious Mumbai Indians team finished the season with a grand double after winning the Champions League T20 title.

Rohit Sharma’s leadership skills were on full display during the 2015 season. Mumbai Indians got off to a terrible start, losing five out of their first six games. However, Rohit Sharma led Mumbai on a furious rally and they emerged victorious in the end, hoisting the IPL trophy for the second time.

Rohit Sharma was retained by the Reliance group-owned Mumbai Indians (MI) for ₹ 15 crores in IPL 2020, a 400% jump from the inaugural season salary of ₹3 crores.

Team India skipper and one of the greatest cricketers of all time, Virat Kohli is the 3rd highest earning IPL player. Over a 13 year IPL career, the Run Machine has earned over 126.2 Crores in salary.

Virat Kohli was retained by the Royal Challengers Bangalore (RCB) team for ₹ 17 crores in IPL 2020, a 14000% jump from the inaugural season salary of ₹12 L.

Virat Kohli is the embodiment of a modern day cricket star. He is aggressive and expressive on the field (infamous for using a lot of cuss words). In 2008, Kohli was inducted in the RCB squad and started leading the side in the year 2013. At the end of IPL 2016, Virat Kohli led all IPL batsmen in runs and won the Orange Cap. While he might be the third highest paid cricketer overall, his yearly salary is the highest. He was retained by Royal Challengers Bangalore prior to IPL 2018. He is going to lead the RCB squad this season as well, hoping to do better than the last season.